In Times of Uncertainty 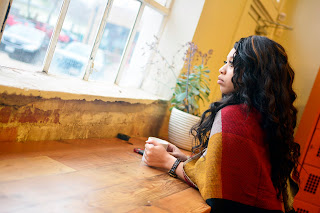 3 years ago on Valentine's day I found out Miss. Yava'ah was on her way. At that time, I didn't know how to feel. We were just moving into our new place just getting things together. I also actually thought I would never have children not because of anything medically, I just thought I wouldn't have children. But God had other plans. If God would've given me a glimpse into 3 years later where Yava'ah and I went out to eat and ran through a field of snow I probably wouldn't have believed it. God knew that we were going to be okay.
One day while at church I received a prophecy that God wouldn't leave me and these words were stated over and over. I had no idea why. Well either the next day or a week later I got a phone call that my grandma Dorothy had passed away.  God was preparing me that no matter what happens in life he would be there. Which is why I now believe it was stated so many times.

When we are going through times of uncertainty one thing that is certain is that God is there.
I want you to know whatever you are going through God is with you. And he will NEVER leave or forsake you. Put your trust in him he's there for you.

You are Worthy Worth It and Priceless

Latest Podcasts from Worthy Worth It & Priceless