Let God Use You 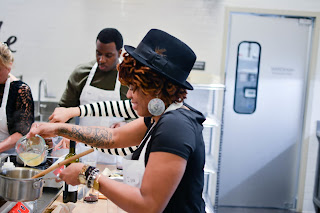 We all were born with special gifts and talents. Some are easily recognized and some are not. But often times when we have something great on the inside, outside forces tries to attack it.
As a child, I remember telling my younger brother Stanley that I was going to be great. I had no idea what I was going to do but I was going to be great. And that's when the attacks started happening as a child I was picked on. I was called ugly, stupid and was told I would never amount to anything. Wow! Right?! What did I do? Nothing, but what happens is the enemy knows your destiny. He knows your true destiny.  So he sends an army to attack you. He can influence anyone around you to through you off course if you will allow it. Everyone on this earth has a purpose or a calling but a lot of times they run from it. Because either they are listening to the lies of the enemy, they don't believe in themselves, it's too hard or they just don't want to try. And that's what the enemy wants to throw you off course so you won't accomplish anything.
I was told that everything that I have been through is for my ministry. So everything that I am going through, have been through will go through is to help others.  WOW! There's a purpose for your pain that you are experiencing.  Know that whatever you are going through is to get you prepared for the next level! Don't give up now you are almost there.

Praying for you! Remember you are Worthy Worth It & Priceless
Have a Merry Christmas

Latest Podcasts from Worthy Worth It & Priceless